Post from the paper presented at ‘Big Data from the South’ conference’, 15 July 2017 in Cartagena, Colombia

Courts’ acceptance of digital maps evidence is considered a relatively uncontested issue. Nevertheless, when it comes to digital maps produced informally by the civil society, the matter becomes more complicated. Furthermore, in cases of powerful stakeholders being confronted with accountability claims based on these bottom-up maps, then maps acceptability in court is at all plain. This contribution will present the battle that victims of haze caused by illegal forest fires’ pollution have to fight in order to see their evidence recognized in courts, in particular against the haze perpetrators. Discussing about informally produced evidence raises the need to establish processes for certifying that these grassroots-generated evidence are accurate, reliable and neutral. Although these official certification processes are often hard to obtain, still these maps can achieve remarkable goal, regardless their successful use in courts. Namely, they allow the broader society to gain awareness and visualize (physically and politically) otherwise ‘invisible’ risks. This process if ‘visualization’ through open access digital maps has the potential to foster a map-based ‘digital accountability’ – in this case – of environmentally harmful companies to the victims of their crimes and to the society at large.

The use of grassroots collected environmental and health data brings the promise to foster accountability in risk governance. A case can be enlightening in this sense i.e. the case of maps use in the Southeast Asian haze. The Southeast Asian haze is s a fire-related large-scale air pollution issue. The noxiousness of the haze derives from the material of the peatland burned when an illegal forest fire occurs. Indeed, during the combustion, the organic material contained in the peat releases great amounts of fine particulate matter (PM2.5), which represents the main cause of pollution. The World Health Organization (2009) identified that this particulate matter is potentially fatal when inhaled. This contaminant is even more dangerous because it does not stay over the lands where it is produced, but it is transported by winds, often to densely populated areas. For example, in 2015 the haze was pushed towards Singapore and Kuala Lumpur, populous territories that are totally extraneous to these practices of forest burning. The haze therefore represents a cross-boundary risk to public health, which provides an interesting spark for reflecting on the potential of the use of Big Data in identifying and mapping pressing public health risks in ‘South’ contexts. In the case, public authorities and NGOs launched initiatives aimed to tackle the issue and condemn those responsible. However, these efforts have been hindered by a lack of reliable evidence on the fires’ exact location and on land ownership. The scarcity of evidence has been worsened by an uncooperative attitude of governments and companies, which showed resistance to disclose information. When the institutional answer is unsatisfactory, alternative players take the lead on the scene, or at least start acting to fill this gap. In the case, a possible solution emerged from the digital world. Non-institutional mapping platforms were created by on-the-ground activists. For example, it is noteworthy to mention the launch by the World Resources Institute and DigitalGlobe of “Global Forest Watch Fires” map[1], a bottom-up online platform for monitoring and responding to illegal fires. This platform is based on high-resolution satellites information documenting individual fires and gathering high-quality evidence of possible wrongdoing, potentially connectable to culpable individuals and companies. Greenpeace Indonesia joined these mapping efforts adding “Kepo Hutan”[2] interactive map to Global Forest Watch Fires map. Kepo Hutan has a specific focus on mapping the ownership of concessions areas at risk of fires. Indeed, it allows the public to see in detail information about the companies owning the lands, the characteristics (e.g. if peatland, if orangutan and tiger habitat) and the borders of specific concessions. In addition, the platform permits the user to see these concession maps in relation with fire hotspots and deforestation alerts. Both the maps have been developed making use of open source technologies and are open access platforms. The ‘openness’ of these initiatives exactly clash with the institutional refusal of public access to haze related information.

Initiatives challenging the status-quo as the presented maps have the power to affect the governance of public and publicly perceived risks as the haze. Two questions are raised by these bottom-up created digital maps. First, further research is needed to answer the question on whether they could provide authoritative evidence allowing civil society and activists to hold public and private actors legally accountable for their environmental crimes. Secondly, the chance that these platforms could foster a more transparent governance of public health risks like the haze must be investigated. The hypothesized concept of a map-based ‘digital accountability’ can contribute to this discussion. The promise is that new open-access technologies can challenge traditional informational and operational monopolies, and can assign new roles to the citizens. Despite the potential of these initiatives, the institutional reluctance to cooperate with the civil society by disclosing key information for the governance of specific public health risks represents an important barrier to the success of the bottom-up approach. Moreover, purely grassroots-based initiatives are often fragmented and not sustainable over time. A solution to overcome these shortcomings could be that of collecting all the bottom-up generated evidence and systematize them in a sole participatory repository of evidence. The World Resources Institute, as has been responsive to this demand, creating an integrated mapping platform on the haze (the above mentioned Global Forest Watch Fires). Nevertheless, still much has to be done in terms of coordinating and making a wise use of all information collected informally. Conclusively, it can be argued that civil society-initiated mapping tools have an undeniable potential, but to realize this potential they have to be supported by a multi-stakeholders intervention, stemming from the engagement of the international communities, to a stronger commitment of local authorities to ‘listen’ to the grassroots’ voice. 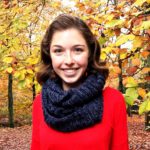 Anna Berti Suman is a PhD researcher at Tilburg Institute for Law, Technology and Society. Her PhD project aims to investigate how practices of ‘Citizen Sensing’ affects the governance of public/environmental health risk and how they can be harmonized with the current models of risk governance. Besides academia, Anna is a committed environmental activist. Anna has a background in Law from the University of Bologna and Transnational Law from the University of Geneva. Her specializations are Health Law and Technology, International and European Environmental Law, and Sustainable Innovation. She has work and research experience in the health sector, Extractive Industries and Water Law. Email: a.bertisuman@uvt.nl